Alejandro Badia, MD, FACS is a hand and upper extremity surgeon at Badia Hand to Shoulder Center in Doral, Florida. Dr. Badia studied physiology at Cornell University and obtained his medical degree at NYU, where he also trained in orthopedics. A hand fellowship at Alleghany General Hospital in Pittsburgh was followed by an AO trauma fellowship in Freiburg, Germany. He runs an active international hand fellowship, serves on the editorial board of two hand journals, and previously organized a yearly Miami meeting for surgeons /therapists devoted to upper limb arthroscopy and arthroplasty. This international meeting was held at the world renowned Miami Anatomical Research Center  ( M.A.R.C. ) , the worlds 2nd  largest surgical cadaveric training lab which Dr. Badia co-founded in 2005. He is a founding member of the American Hand Institute, a think tank and medical device start-up company focused on minimally invasive solutions to hand, wrist and elbow pathology.

In 2008, Dr. Badia completed the Badia Hand to Shoulder Center, a fully integrated clinical facility for the upper limb also encompassing the Surgery Center at Doral, a  rehabilitation center and an MRI imaging facility. In 2010, Dr. Badia inaugurated OrthoNOW, the first immediate orthopedic care center in south Florida which is staffed by surgeons from the Doral Orthopedic Center (DOC), a group of surgeons from lower extremity, upper limb and spine subspecialties who also treat elective orthopedic problems, frequently in international patients. OrthoNOW was officially franchised in early 2013 and is actively engaging healthcare entrepreneurs and surgeons, here and abroad to open orthopedic urgent care facilities nationally and abroad.

Dr. Badia is past worldwide president of the International Society for Sport Traumatology of the Hand (ISSPORTH), was named to 100 Latinos Miami, has been given legacy awards by several organizations and was featured on the Hispanic Entrepreneur website. He is a member of multiple national subspecialty medical societies (AAOS, ASSH, AAHS), honorary member of more than 10 international hand surgery and arthroscopy associations, and served as honored professor at the prestigious Philadelphia Hand Course in 2012. He has lectured in all six continents and is currently focused on improving healthcare delivery in the orthopedics and sports medicine realm.

He has major interest in tennis injuries of the upper limb and previously directed the hand/wrist clinic at the Sony Ericsson and later Miami Open and authored the chapter on that subject in recently released textbook, Tennis Medicine.

He can be easily reached via www.drbadia.com, a patient education portal and website for hand surgeon academic exchange, or via (305) 227-HAND at the Badia Hand to Shoulder Center or at OrthoNOW, (305) 537-7272  www.OrthoNOWcare.com

OrthoNOW, LLC , Physician Assistant
Yanira Serralta was born in Cuba and raised in Finland. She attended School for Advanced Studies high school and graduated with honors. For her undergraduate studies in Florida International University, she majored in political science and pre-med. She was also on the Dean’s list for several consecutive years. After graduating from the Miami-Dade College Physician Assistant program in 2010, she has maintained her certification with the National Commission on Certification of Physician Assistants (NCCPA). She is a member of the American Academy of Physician Assistants and was part of the official Miami Ironman 70.3 medical team in 2012.  Yanira is also bilingual in English and Spanish.

Her lifetime involvement in athletics allows her to relate with many of the patient’s we see and their desire to return to their activities in a prompt manner. Yanira’s hobbies include skiing, weight lifting and golf.

Brian Goldmark, M.S., PA-C, has over 6 years of experience as a Physician Assistant specializing in orthopedic care.  Brian has worked at both Lenox Hospital in New York and Baptists Hospital in Miami.  Brian earned his Bachelor of Arts Degree from Vanderbilt University and Master of Science Degree from Hofstra University and is also BLS and NCCPA Certified.  Brian’s interests include golfing, travel and exploring new cuisines.

Stephen Andreades obtained both his Bachelor’s of Science and Master of Science in Exercise Science from Appalachian State University. He worked as an assistant and head swimming and water polo coach for elite athletes for over 20 years before deciding to switch careers. His current desire to teach in the classroom is attributed to his dedication and commitment to coach and teach athletes succeed at their highest abilities.

Stephen Andreades is instrumental in orthopedic and musculoskeletal sections and surgical and procedure labs.  He also provides various lectures in different courses throughout the PA curriculum, including Clinical Pathophysiology, Clinical Medicine, and Physical Diagnosis.  Professor Andreades lives in Broward County and enjoys swimming, water polo, snowboarding, and spending time with his family.

Shamiyaaz (Shami) Jauhari, PA-C is an Emergency and Orthopedic Medicine Physician Assistant for over four years in Miami/Fort Lauderdale Area. He earned his Masters Degree of Clinical Medical Science from Barry University and Bachelor of Science Degree, Biomedical/Medical Engineering from Florida International University. Shami Is also multilingual in English, Spanish and Urdu.

Reggie has earned certifications in ACLS, PALS, BLS, and American Academy of Nurse Practitioners.  He was University of Miami Nursing Scholar and earned the Miami Northwestern Sports Medicine Award.

Reggie is also multi-lingual in English, Spanish and Creole.

Jorge Garrote was born in Cuba and raised in Spain.  He attended Barry University for undergrad studies in exercise physiology and graduated in 2012.  During his time at Barry University he was involved in the Strength and Conditioning for the Athletics Department.  He received his Certified Exercise Physiology with the American College of Sports Medicine shortly afterwards. Dr. Garrote graduated from Florida International University with his Doctorate in Physical Therapy in 2016 with a focus in the orthopedic population.  Hobbies include spear fishing, soccer, and travel. 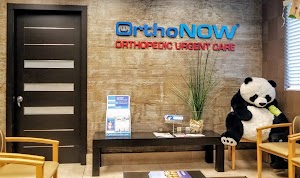 Tomas Serna
18:37 10 Dec 19
The experience was great from the beginning. I called to make an appointment and no was appointment needed. The lady at the front desk was very nice. I was able to see the Doctor in a short time. Dr Yanira Serralta was very professional, she took the time to explain to me why I was having the pain in my shoulders. I highly recommend themread more

Katherine Feigenbaum
14:49 03 Dec 19
Stay away from this place! If I could give this place 0 stars I would! I can't even say anything about the doctor because I didn't get the chance to even meet with him, but no matter how good a physician may be your staff and employees can make or break you. I brought my mother here as an alternative to going to the hospital after a slip and fall. They claim to be an efficient walk-in orthopedic urgent care so I did not expect to be kept waiting over 2 hours to even be brought in; this being with an empty lobby. The office is terrible managed, and the office staff clearly does not care. Trudy, the woman at the front desk who claimed to be the office manager did not help the situation. She was extremely rude, and did not speak any English (or at least claimed not to). I have NEVER come across a more offensive employee. When I asked what was taking so long to be seen she literally just looked at me blankly, and didn't bother to answer me. That is when I took my mother and abruptly left.read more

Rosa Cazar
07:30 08 Nov 19
I highly recommend this place!! I hurt my knee and I was in pain, Dr. Yanira Serralta took care of me, she was great! The lady at the front desk Jessica and Daniel N.A were excellent..Great TEAM!read more

Allie Korth
12:26 04 Oct 19
Very satisfied! Easy, quick and convenient alternative to going to the ER for sports injuries and joint problems. Saw an ortho specialist right away and was able to do all the testing I needed right on site. Would definitely recommend.read more

Lilly A
14:54 13 Sep 19
Great care! Thankfully they were open until 7pm, I went straight after work, was seen in a timely manner, had xrays done and was given several options for treatment. Would definitely recommend OrthoNOW for any orthopedic problems!read more
See All Reviews